Watch your language!…It’s been a tough week full of scouting, casting, watching tapes, more scouting, and making decisions. With a shock I realise that I have been examining the minutiae of the picture with such intensity that now I need to take a step back and decide whether the look and the tone of the picture is going in the right direction. Luckily I will get the chance as I fly back to LA tomorrow for a few days break before we scout the US leg and I finally get to meet the band.

But why, I ask myself, has it been so intense? and I realise that language has something to do with it as we are working on a bi-lingual picture. Most of the crew are Spanish and few of us English or Americans speak their tongue. I remember the shame of directing Johnny Halliday, the Elvis of France, in Paris some years back and the entire crew, Johnny included, had to speak English because my French was so appalling; on one embarrassing occasion Johnny even had to act as my interpreter. Here in Spain it is even worse as I speak only about three words of Spanish and so the crew have to discuss everything with me and amongst themselves in English so I know what’s going on. But however good the crew’s English is, and it’s universally VERY good, some of the short-hand is missing and it requires more concentration to make sure that everyone understands what I want – or what I think I want. So, in a vain effort to show some solidarity, I’m trying to pick up some Spanish and Nike, my assistant, has bought me the Berlitz Spanish Vocabulary Book.

Once upon a time there was a Monty Python sketch in which the Pythons were learning phrases from a guide book and of course most of them were laughably useless; my favourite being: “My hovercraft is full of eels!” So, to show solidarity with our cheerful Spaniard crew, and demonstrate my grasp of their tongue, I am learning the following two phrases which the Berlitz book helpfully provides. 1: “El misil que habia sideo derribado esparcio escombros sobre un area extensa.” and 2: “El concierto de Pink Floyd se emitio en directo desde Venecia?”

If, like me, you are not bi-lingual let me translate for you. #1 means: “The missile, which has been shot down, scattered debris over a wide area.” Pretty useful for chatting up the birds that one! And #2: “Was the Pink Floyd concert broadcast live from Venice?” I’m sure the S-Club lot will be very impressed!

Confusingly the book, which as you’ll recall is for English speaking people trying to habla a bit of espanol, also provides you with the phrase for, “Portuguese spoken here.” But why? Early on the book gives you key words for various vocabulary topics and I note that a surprising touch of cynicism seems to have crept into the language learning industry. The first word they teach you for Love and Marriage is affair – the first word for Birth and Children is abortion!

And so I admire every one of my crew who, unlike me, were not born into an English speaking family. I can get work just by being employable – they have to have a great resume and be fluent in English as well before they get the gig. And just think on this fellow mono-linguists. Nike, my aforementioned assistant, is German and is consequently speaking most of the day in 2 languages of which neither is her native tongue!

I will leave you with: “No soy muy bueno para los idiomas, pero mi hermana es dotada para las lenguas.” which I think means “My Spanish is awful but my sister is a cunning linguist.”

Day off in London.

650 am…Overslept, threw a few clothes and my shiny new Spanish Vocabulary Handbook into the carry-on, and raced downstairs in a pointless blur of impatience as the cab I’d ordered is 15 minutes late. I have a gig in London tomorrow night (a real one with guitars and musicians) and production has kindly let me out of school for the day.

1030am…Landed in London with a large British Airways breakfast swilling around in my belly and very frustrated because I couldn’t finish the quick crossword in the paper – two hours of pencil chewing and I still had four clues unanswered which reminds me of my favourite clue of all time: Diddley (guitar player), two letters starting with B.

1215pm…I’ve had a cuppa in Chiswick and a quick shower, made some calls and I’m now in a mini-cab on the way to Soho doing a phone interview with my old university magazine. Originally I was supposed to be here on holiday at this time but SClub has changed all that so I’m fitting a weeks holiday plans into 48 hours.

1pm…Like a character from a Ludlum novel I’m standing on the north side of the little hut in the middle of Soho Square waiting to meet a girl with dirty blonde hair and a rucksack full of cameras (her description). Unfortunately I’m not about to receive a top secret package that will thrust me into a world of intrigue and danger in which I will battle merciless villains and find myself tempted by scantily clad double agents (or is that how the next 8 weeks will develop?)…my assignation is with a photographer who will snap the pix for the university magazine article. She picks a deserted alleyway for the shoot and I quickly realise we’re in the same spot where Bowie posed many years under the KWest sign for the Ziggy Stardust album cover. Cool!

130pm…Grabbing a sandwich from a deli on Old Compton Street I am accosted by a man with a plastic bag. “Ere! Are you Nigel Dick?” Who wants to know? Maybe I am in a Ludlum novel after all.

215pm…It’s uncommonly hot and sunny in London today, I’m wearing a suit (explanation ahead) and I can feel the sweat starting to drip down my back. Whenever the sun shines in London the place goes mad. Cleavages can be seen everywhere, tight T-shirts reveal chubby bellybuttons and spare tyres, there’s even vast expanses of leg on view…and that’s just the men. I meet Matt who will be our post production supervisor and we retire to a swanky bar for cokes and talk shop – how are we going to do the special effects, how will we treat the film, how complex will the mix be?

315pm…and I’m walking down Conduit Street to meet with the bond company. Now, as we’ll be shooting a stylish action, thriller, comedy, musical, you’ll be assuming that the bond company checks how much Bond there is in the script. Nubile babes? Check. Exotic foreign locales? Check. Cunning stunts? Check. Helicopter shots? Check. Evil men with bald heads? Er…will I do? Check. Sadly the bond company is officially interested in none of these things. They want to know if I can shoot the movie in the time allowed and what my thoughts are on the post schedule as they insure that, come hell or high water, the film will be completed on time and on budget. Now you know what a completion bond is.

415pm…I’m criss-crossing Soho for the third time today to meet with our editor Mark, a cheerful chap who, after editing a thousand episodes of the TV series, knows far more about SClub than I ever will. The meeting at the bond company, which was why I was wearing my suit, was unbearably hot as the sun pounded through the large, closed windows and there was a power cut in the building – as I sit here over a cup of tea the a/c kicks in and a shivver runs down my back.

515pm…Standing on Oxford Street waving my hands like a madman trying to catch a cab. Last weekend I rode my bike into the northern suburbs of Barcelona only to get a massive puncture which I couldn’t repair. As I walked back towards town with my wounded velo the cab drivers drove past refusing to give me a ride. Today my bad luck continues – it appears Chiswick is too far to venture on a sunny Friday afternoon. I smile, as another glob of perspiration drips down my back, I’m travelling the world, I’m making a movie, the sun is out and the weekend is in front of me. Sod the cabbies – life is good.

This week we’re scouting for locations. 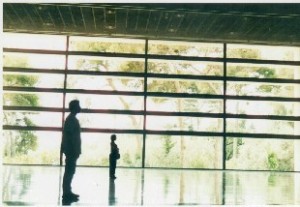 This is possibly the most exciting and purely joyful part of film-making – every thing is before us and there’s nothing but excitement and promise in the air. About eight of us are driving up and down the Spanish coast looking for places where we can shoot our SClub story. It’s fun because, for the moment, we’re quite relaxed and we get to visit all kinds of wonderful places, we get to eat for free and there’s only the hint of the tension that the following weeks will bring. This is also a very important bonding period before the tough days that lie ahead.

Normally this is the time where the key members of the crew get to know each other, sound each other out about ideas and find out about each other’s strengths, weaknesses, foibles and eating habits. This movie is different as all the key players have been making a series for SClub here in Spain for many months. The only new person is me!

It’s dawn on July 17th 2002, the Pyrenees are somewhere below me and soon I shall be landing in Barcelona Spain home of Gaudi, Salvador Dali and SCLUB! The gods have smiled upon me once again and I’ve been picked from a cast of thousands to make the journey east to direct a movie for TV’s favourite pop sensation – SCLUB.

Who knows what the following weeks and months hold in store – but why don’t you join me, your humble directing servant, as I traverse oceans and continents, put life and limb on the line and expose myself to all kinds of abuse just to get Jo, Hannah, Tina, Bradley, Rachel and Jon up onto the big screen where they belong?