You are here: Home / About Dick 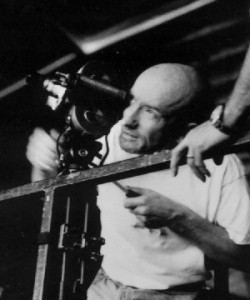 Award winning, British born, film-maker Nigel Dick has directed over 380 music videos and more than 35 documentaries & feature films. He has won 3 MTV awards, 2 Billboard Awards and 3 MVPA awards. His videos have been nominated for a further twenty- one MTV awards, twenty-six Much Music Awards, a Grammy and won one Brit Award. His many personal nominations include a Cable Ace Award. He was awarded a second Lifetime Achievement Award by the MVPA (Music Video Producers Association) in May 2012.

In his career Nigel has been responsible for some of the most influential videos in music video history: SWEET CHILD O’ MINE, WELCOME TO THE JUNGLE, PARADISE CITY by Guns n’ Roses; CHAMPAGNE SUPERNOVA by Oasis, BELIEVE by Cher and OOPS I DID IT AGAIN by Britney Spears. In October 2007 two of Nigel’s videos, WONDERWALL by Oasis and BABY ONE MORE TIME by Britney Spears, were voted into the top 15 music videos of all time in the United Kingdom.

Nigel’s latest feature, a documentary entitled BERLIN CALLING, was recently awarded a Gold Remi Award at the 47th annual WorldFest-Houston where it received its world premiere. BERLIN CALLING follows the journey of a holocaust survivor from his childhood in Hitler’s Germany, through the infamous Theresienstadt concentration camp, to the skies above the Korean War and is seen through the eyes of his Clash-loving, punk-fan daughter.

Nigel trained as an architect before pursuing a career in the record business where he worked for hot, independent label Stiff Records and the powerful corporate Polygram before starting his directing career and moving to Los Angeles, where he stepped off the plane and immediately started shooting his first feature, PRIVATE INVESTIGATIONS , starring Ray Sharkey and Martin Balsam.

In the mid 80’s Nigel co-founded Propaganda Films. Over the next few years the company would become the hottest commercial and video production company in town before Nigel sold his share of the company to his old bosses at Polygram. In recognition of its groundbreaking place in the history of music video the MVPA awarded Nigel and the other founders (David Fincher, Greg Gold, Dominic Senna, Steve Golin & Joni Sighvatsson) Lifetime Achievement Awards in April 2000.

In 2000 Nigel directed MTV’s first ever made-for-TV movie, 2GETHER, which spawned a TV series and a top 40 soundtrack album which contains three songs he co-wrote. He subsequently directed SEEING DOUBLE which became ‘Britain’s most successful film of 2003’ (The Guardian). In 2007 Nigel completed MILLAR’S TALE , an acclaimed documentary short about former world champion cyclist David Millar’s two-year suspension from international competition after his conviction for using performance enhancing drugs. Further cycling films he directed included work with other champion cyclists CHRISTAIN VANDE VELDE, BERNARD HINAULT, GREG LEMOND, RIGOBERTO URAN, DAN MARTIN and BRADLEY WIGGINS. He was twice an acredited videographer at the Tour De France and has also worked at the Tour Of California and the Colorado Classic.

Nigel has written eight screenplays the most recent of which is an adaptation of Nick Duerden’s hip thriller SIDEWALKING which is currently in pre-production and he is also developing a music-based TV show. Nigel has studied mime and is a graduate of Judith Weston’s ‘Acting for Directors’ Class. He is also a serious cyclist and musician – he has ridden extensively in Thailand, Vietnam, Mexico, Canada, New Zealand, Australia, Europe & America – and has released four solo albums as well as a STIFF ALL STARS best of “12.5 on a Ten Point Scale.”